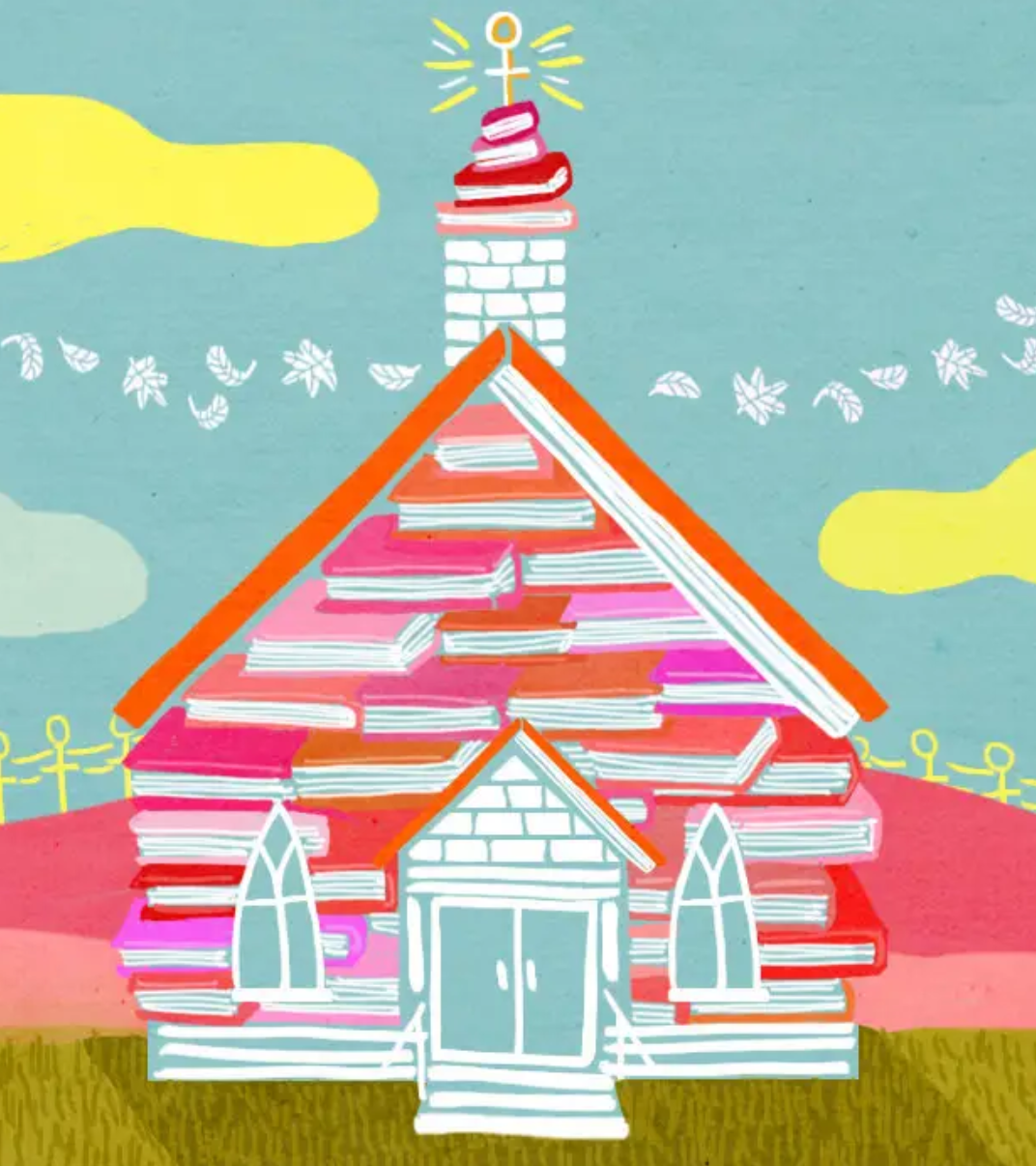 A few years ago, I wrote about how I went from fundamentalist to feminist, and -- praise be unto libraries -- books played a major role in my shift. I wrote about the books I found in grad school, but that’s only part of the story.

My self-education began in earnest shortly after I graduated from a Christian college and realized how limited my reading list had been. I heard about these things called Pulitzers and Nobel prizes for literature. This part of my story is set in the olden days before the internet, so it involves a trip to a library, where I found an almanac on the reference shelf. That thick gift from heaven -- manna, if you will -- listed each prize winner. I plopped a few dimes into a copy machine, feeling more satisfied with each clink, and carried those photocopied lists with me for years.

I checked out as many books as my library card could handle, determined to make up for all the pages unturned and characters unknown and sophistication un-gained. I kept reading as I moved around the country, putting a strain on my library card in cities from one coast to the other.

I was no longer attending church regularly, and I assembled a congregation of books instead.

Since what I like to call my un-conversion was many years ago now, you won’t find lots of new books here. What’s especially remarkable about finding your way out of religious fundamentalism these days is that so many others have done it and written about it.

While you’ll find more resources than ever to help, reshaping your entire belief system will never be easy. For me, reading helped. I’ve read lots of amazing books since, but these marked specific points along my way out.

Straight-Up Serious
To gain some perspective on fundamentalist teachings, read some scholars who understand and respect the idea of faith but bring objectivity to the Bible itself. Read about how meaning has shifted through the centuries with translations and see how other people interpret the same passages you grew up seeing through a very specific lens. Try Why Christianity Must Change or Die by John Shelby Spong, Jesus Sayings by Rex Wexler or Misquoting Jesus by Bart Ehrman.

Explorations of feminism and spirituality were equally important to me, like Women and Redemption by Rosemary Radford Reuther, At the Root of This Longing by Carol Lee Flinders and The Dance of the Dissident Daughter by Sue Monk Kidd. I found The Meaning of Mary Magdalene by Cynthia Bourgeault later in my journey and found myself feeling connected to some of Jesus’ teachings again as I saw them through her eyes.

Serious Plus Mysticism
To read about broader ways of understanding the truths that religion teaches without getting caught in any trappings of religion, read Carolyn Myss. Her work is how you read about energy and chakras without feeling hippie-dippy or lightweight or New Age-y. She’s a hardcore, no-nonsense, powerhouse of a modern mystic and an original thinker who has more in common with medieval nuns than with your local purveyor of crystals and candles. For bonus points in this category, also read Andrew Harvey, a Rumi scholar turned mystic-activist.

Serious But Light
To see how someone who still identifies as Christian approaches the teachings of Jesus in a generous, open-hearted, non-judgey way, read Traveling Mercies by Anne Lamott.

To hear the most delightful exploration of atheism and religion, listen to or watch Letting Go of God by Julia Sweeney -- you could start with the TED Talk.

Seriously Mind- and Heart-Opening
Finding the Buddhists was a revelation. I loved that their teachings seemed so practical and beautiful. I started with Thich Nhat Hanh and Chogyam Trungpa. (But I don’t feel right leaving out Pema Chodron, even though I found her later.)

Storyteller and Jungian analyst Clarissa Pinkola Estes tells stories that tap into the human psyche the way only tales and mythology can.

Marion Woodman’s story is remarkable -- she gave up a career as an English professor in her 50s, traveled to India and became a Jungian analyst -- and her insights about embodiment, metaphor and femininity are nothing short of brilliant.

Of course, some of the books I read along the way that weren’t about religion per se still helped me make important shifts in the way I saw the world. I’m talking about books by audre lorde, Annie Dillard, Toni Morrison and Carolyn Heilbrun.

Some of these books dazzled me, and some of them reassured me. All of them remade me.

Illustration by Jenny Chang for BuzzFeed -- it accompanied the article I wrote for them.