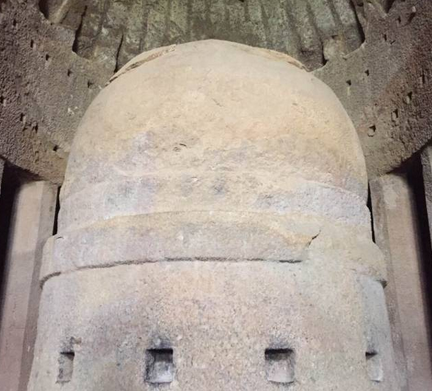 The funniest things can happen when you leave religion behind. Like, you might end up in the most religious place of all. I used to think that was a metaphor. Hahahahahahaha, replied the universe.*

I mean, it is a metaphor. More on that in a second. But it also happened on a literal level: In the last few months since starting a new job, my employer has sent me to two of the world’s holiest places. 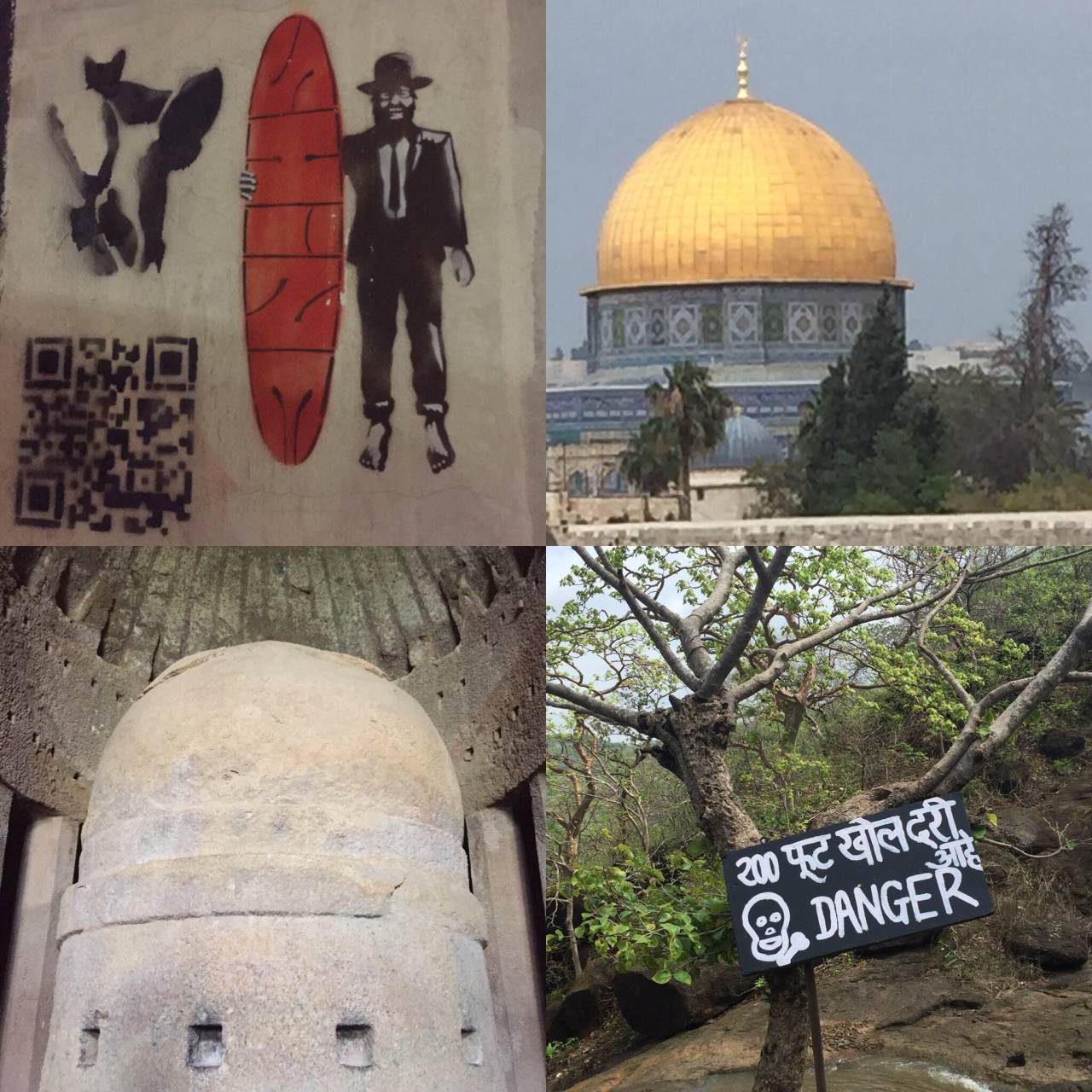 I’ve never been on a pilgrimage–didn’t go on one before my unconversion, didn’t go on one during. I changed my beliefs one book at a time, between my 9-to-5, not in an ashram or following in the footsteps of a saint. I never thought I’d find myself in Israel or India. But there I was on an airplane, flying last fall to Tel Aviv and this summer to Mumbai. Unexpected business-class pilgrimages.

Part of my unconversion meant welcoming a few truths back into my life, you see. I knew religion wasn’t for me, but not believing just as adamantly ended up seeming like the other side of the same coin. I wanted a new currency altogether. I had to rescue big concepts like hope and love from the hold religion seemed to have on them. But cozying up to those concepts again after letting them all go was disconcerting.

It’s like you round a corner on a mountain path and have to pause and pull out the map because something looks familiar, even though it doesn’t feel familiar. You know you’re in a different place in the same way you know the difference between a fluorescent light and sunlight. But you’re blinking at it all the same. So you lose your footing now and then, but you forge ahead and find new ways of relating to those concepts.

And then you discover that metaphors are more powerful than dogma anyway. You discover that truth is more powerful outside the narrow confines of fundamentalism. This gives you a greater appreciation not only for metaphors but also irony. And then a few years after you’re more into the metaphors, you find yourself walking down a crowded street in a monsoon after eating some paneer masala. Or you’re eating some shakshuka after walking down the Via Dolorosa. See what I mean? Life after religion can get you to the holiest of places.

I guess I’m post-religious but pro-sacred. I believe sacred places can look like golden domes in Jerusalem and mountains in California and water pools in Mumbai.

I’m just saying, anything can happen after an unconversion. Maybe you’ll also get a couple of free trips to the stomping grounds of Jesus and the Buddha, once you don’t care at all. Or maybe something even more confounding and wonderful will happen.

I don’t have to understand the mystery anymore, but I damn sure like to revel in it. So I took a few photos of my unexpected pilgrimages. And it turns out sometimes the best commentary is writ in spray paint.

*Or my soul or The Ground of All Being or The Unfathomable Mystery or whatever. Somebody somewhere called something clearly thought this was hilarious. 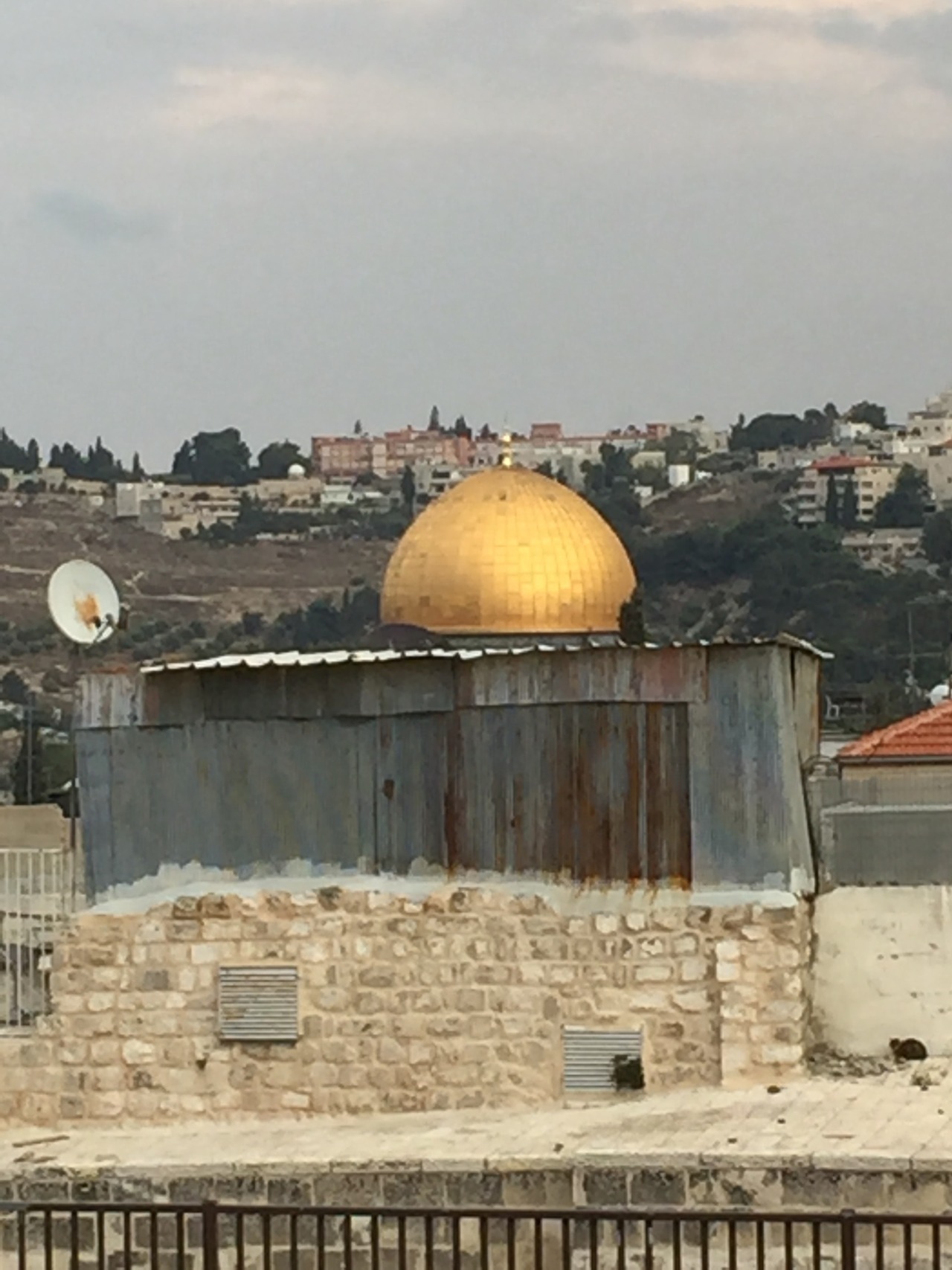 A Jerusalem rooftop presents an unexpected view of the dome. 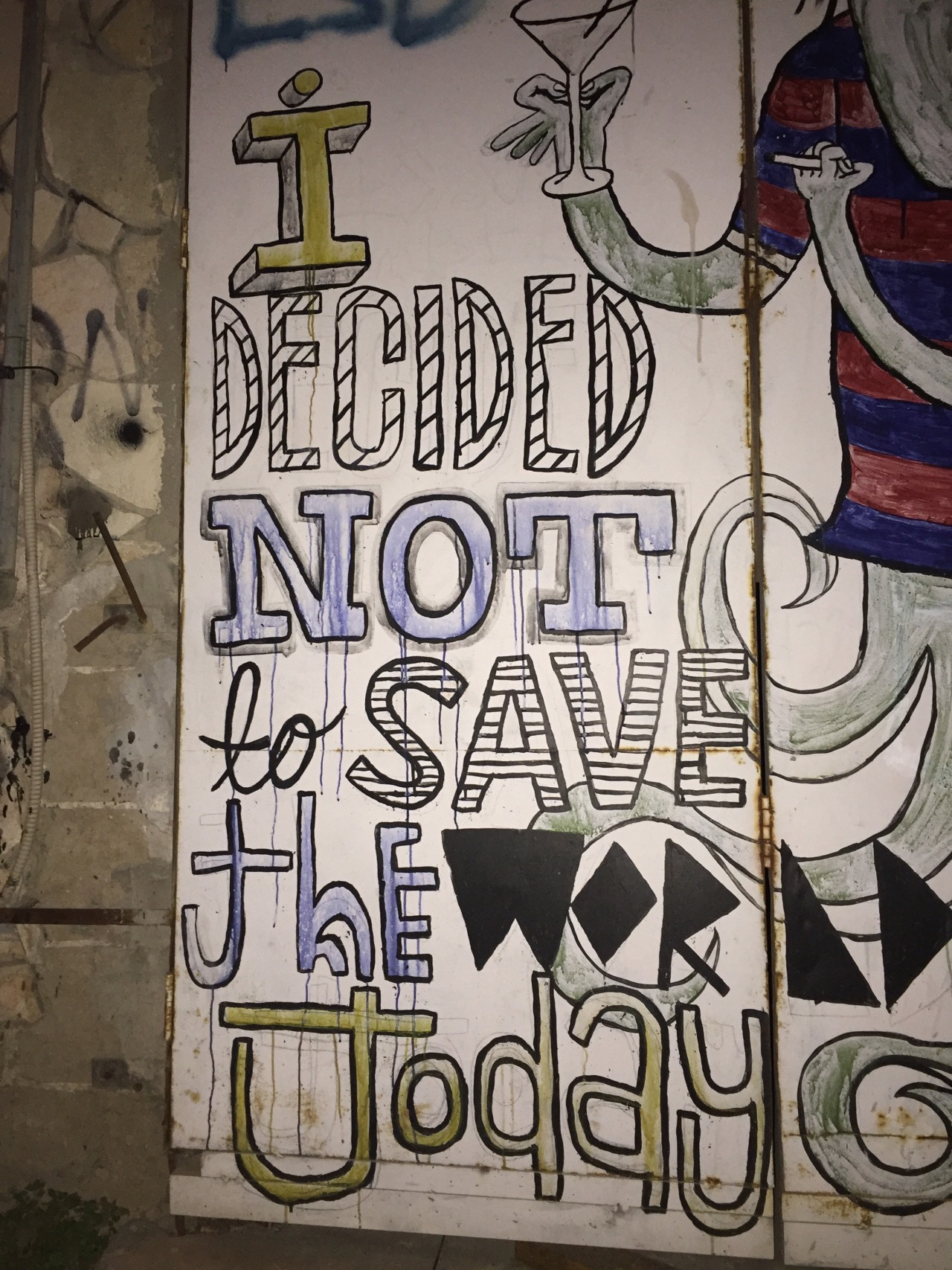 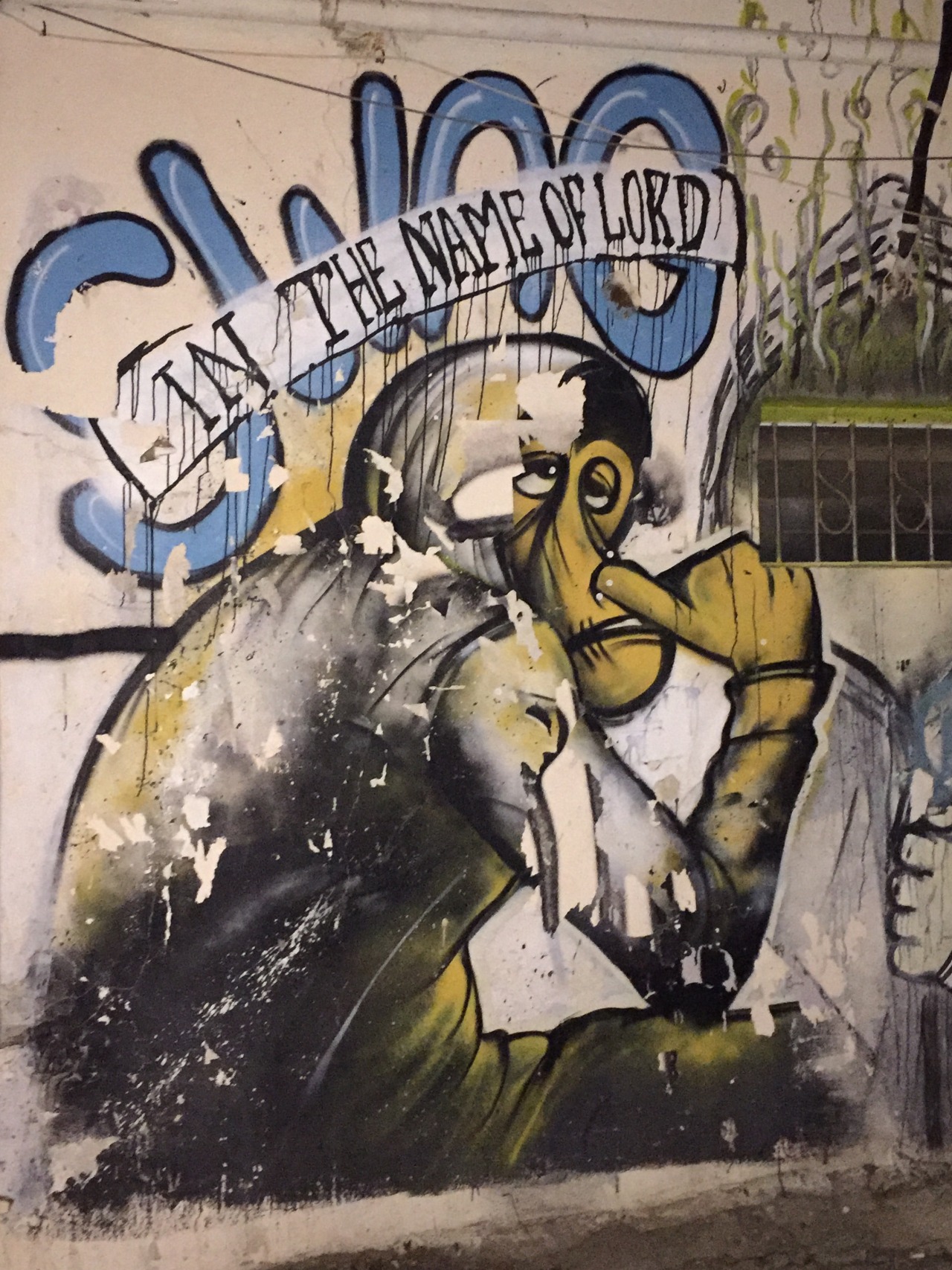 More from a happenstance graffiti tour of Tel Aviv. 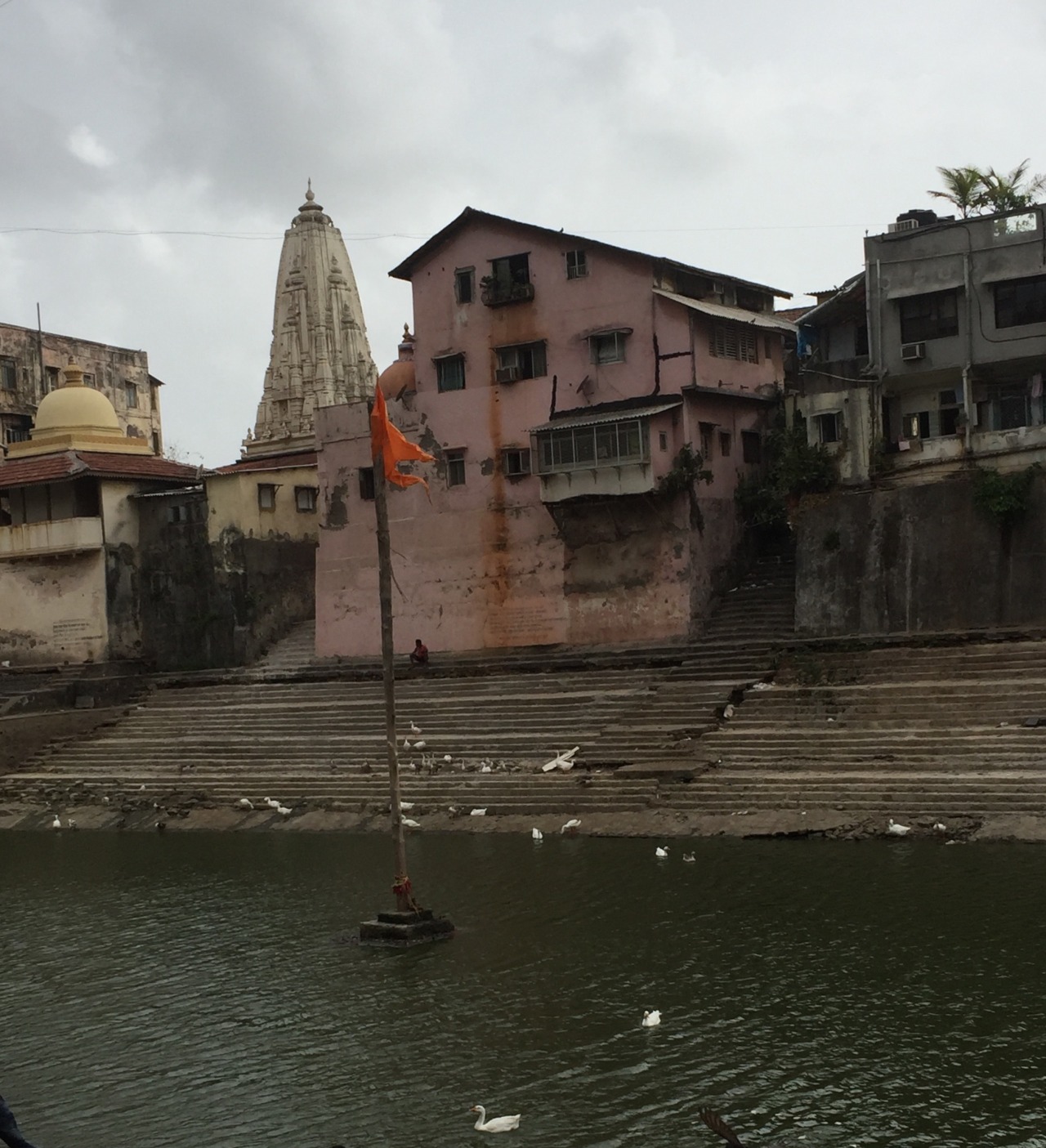 Bursts of pink and orange (and some laundry getting done in the corner, not for nothing) at a sacred Hindu water tank. 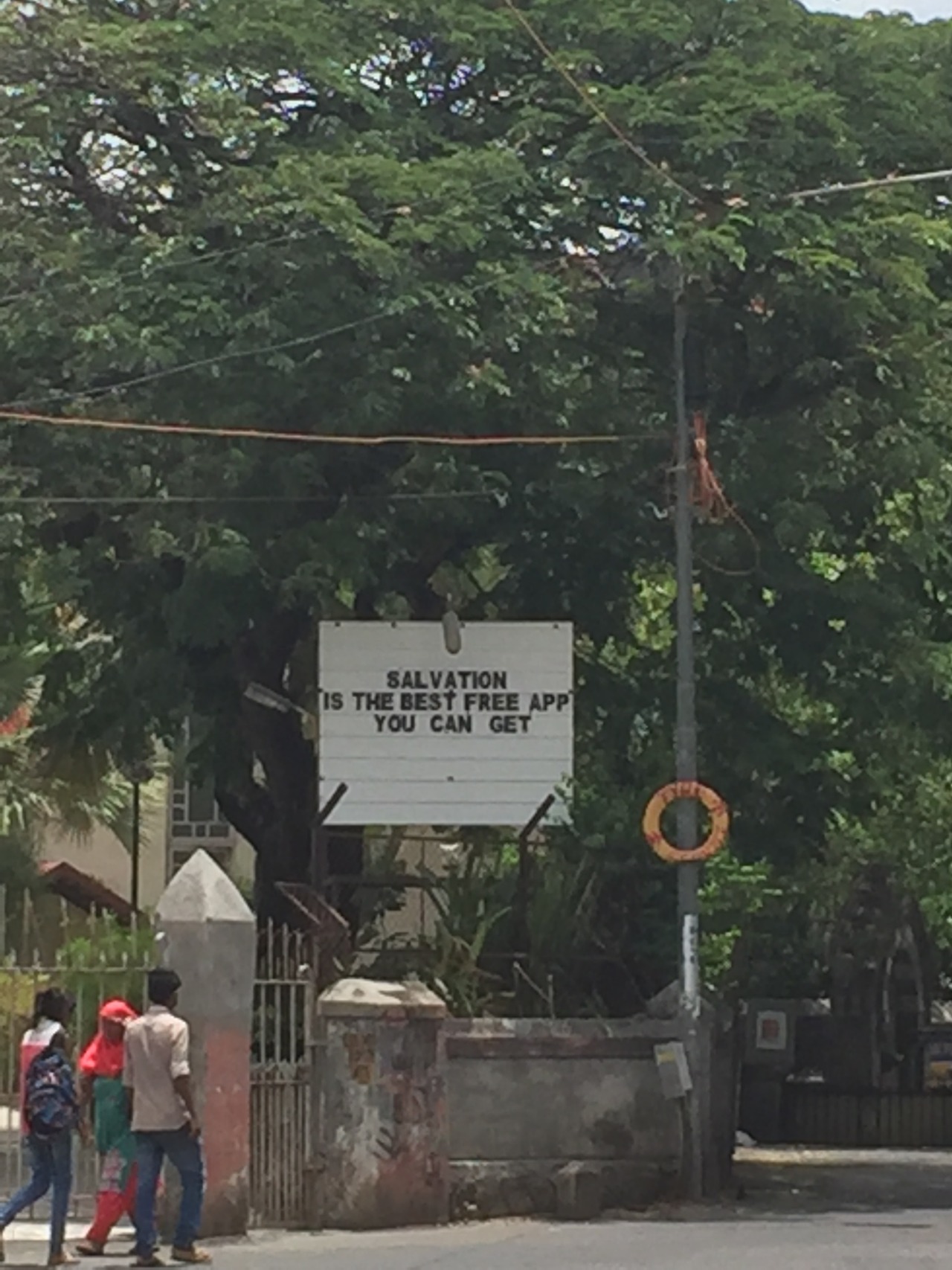 Sign outside of a Mumbai church. Agree to disagree? 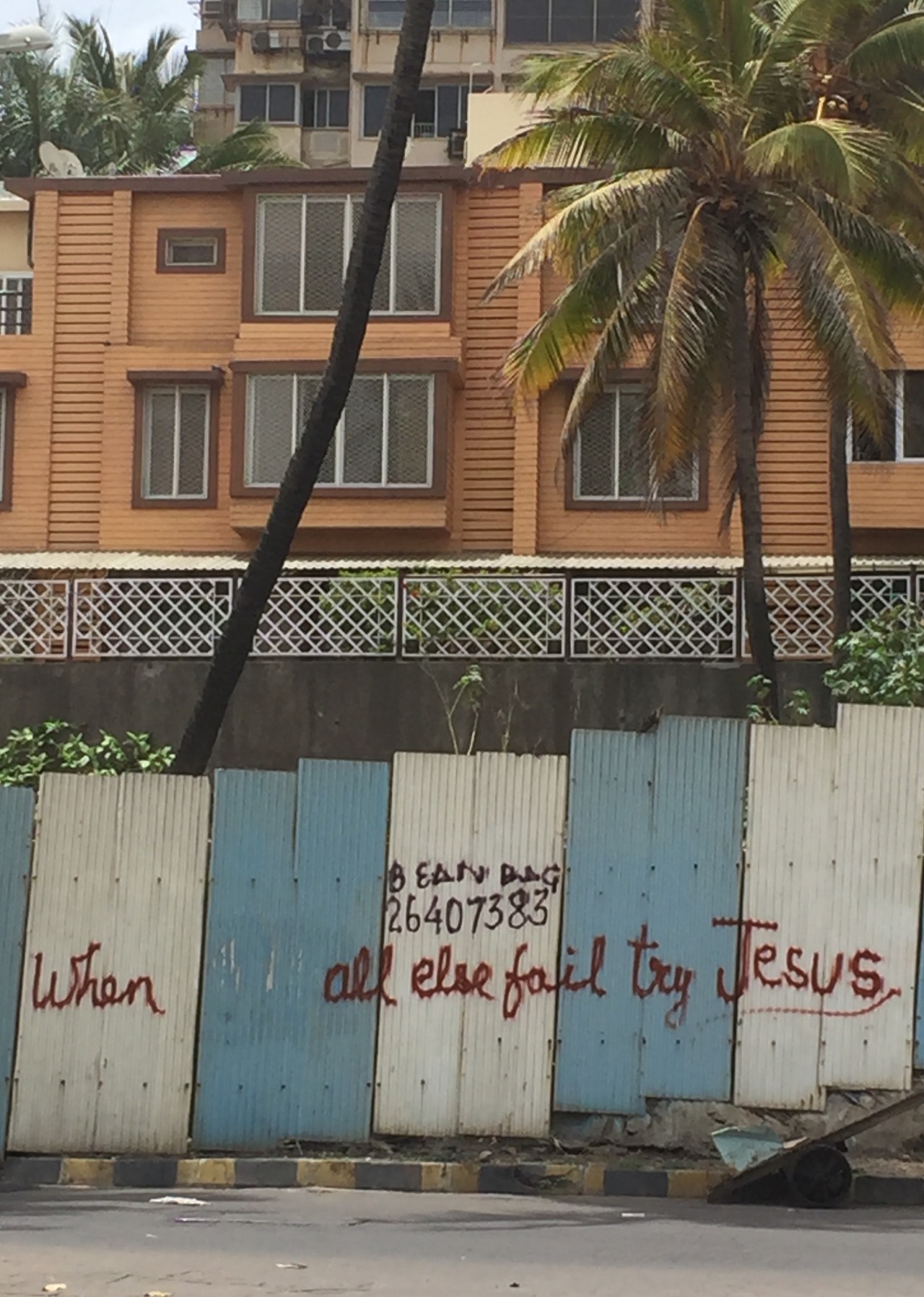 Indian Ocean on one side, graffiti on the other. 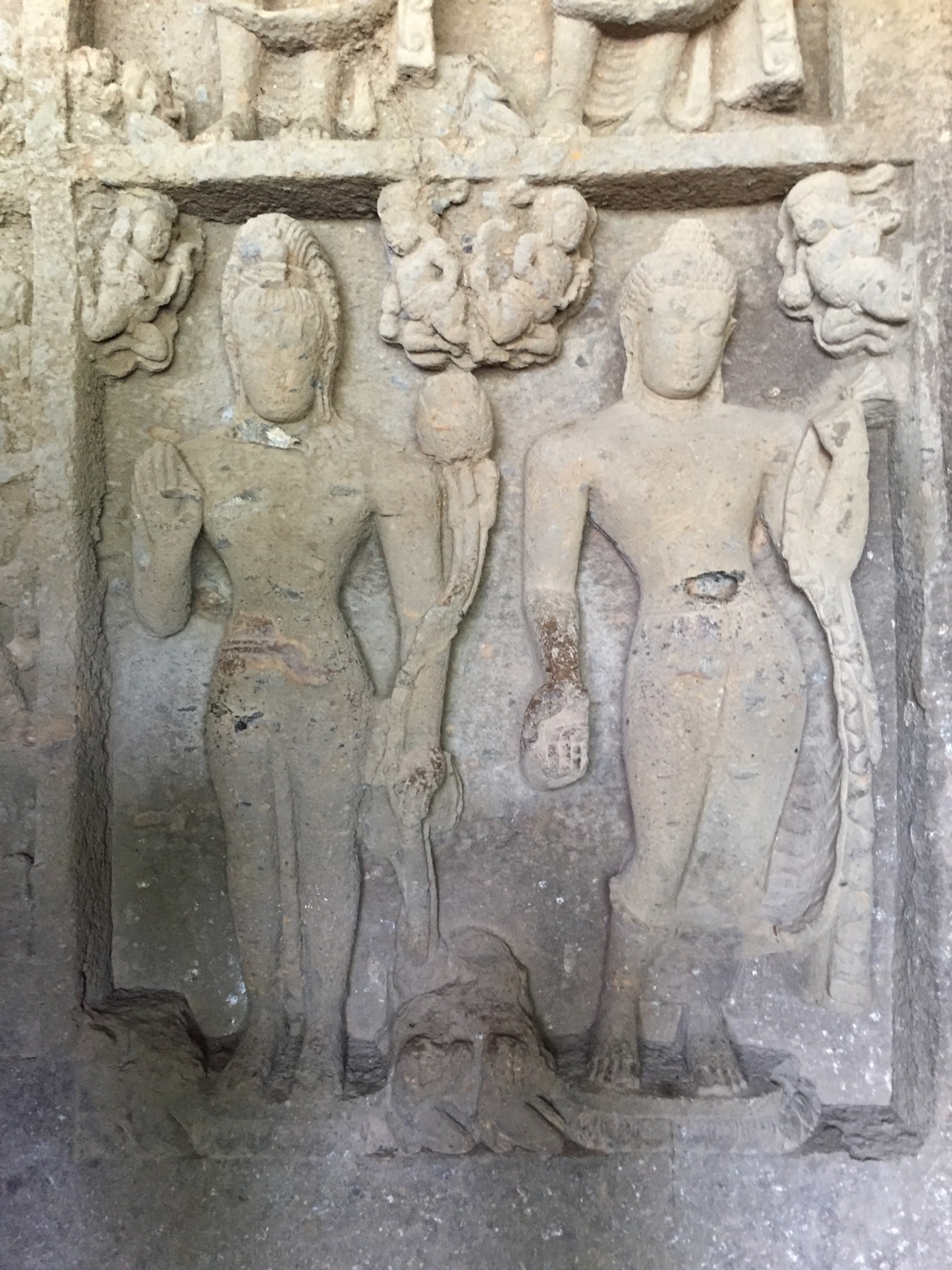 Top photo: street art in Tel Aviv, a more traditional look at the famous dome in Jerusalem, a cave sculpture stupa, a sign in a national park north of Mumbai.

This post was originally published in 2016 on ye olde tumblr.