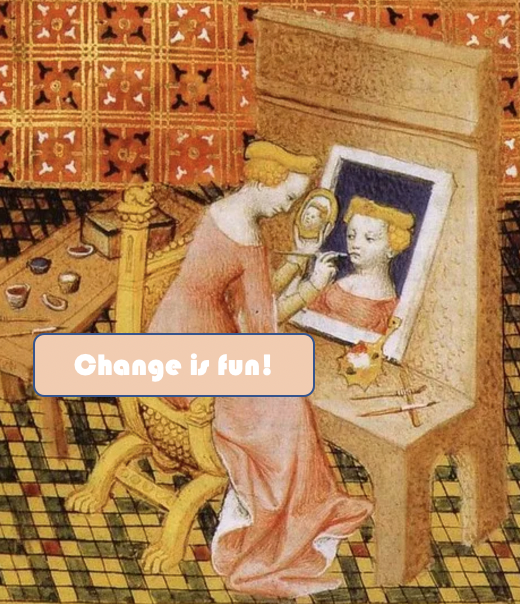 Starting to wonder whether something you believe isn't true after all? Ugh, I know how it feels.

A fundamentalist evangelical Christian for 20 years or so, I grew up immersed in particular beliefs. In addition to multi-weekly church services, I attended a Baptist school where conspiracy theories were part of the curriculum. The United Nations is a communist plot? Yep, I believed that. Concentration camps are being built in Indiana to house Christians? Wouldn’t put it past ‘em. Something weird about nuclear weapons being no big deal because uranium is safe enough to lick? Sure: If the guest speaker from the John Birch Society said so (and, oh, he did), it was good enough for me.

When you first hear an idea, you don’t think you’ve been introduced to a conspiracy theory. You think you’ve got inside information, the kind of detail average citizens don’t bother finding out. Anyway, I was already prone to thinking I was right about things other people didn’t understand, like what will happen when the world ends and how to get into heaven when it does.

I’m just saying I know what it’s like to believe something that turns out to be wrong. And I know how hard it is to change your mind when your entire life (and never-ending afterlife) seems to depend on maintaining your beliefs.

If I’d stayed religious, who knows, I might deny the dangers of a global pandemic or protest social distancing instead of systemic racism. But I didn’t stay religious. Not that I have anything against religion per se. Religion can give us solace and a moral compass. It can remind us to be compassionate. Or it can make us likely to lash out at others or jump on the wrong bandwagon. Religious thinking can remind us to do unto others, or it can undo us.

If you’re starting to suspect that you too may believe something that doesn’t add up, I’m here to help.

You didn’t do anything wrong just because you believe something that turns out to be wrong. It happens! Honestly, no big deal! What if you grew up thinking that kittens are poison? “One must never approach a kitten,” you’d think. “I hope I never see another kitten as long as I live,” you’d think. “Ugh,” you’d say, when you saw a video of a kitten and a dog cuddling.

That would be unfortunate. But it wouldn’t be your fault. You just had the wrong information, plain and simple. Then you’d find out kittens are cute and toxin-free and needn’t be avoided. You also wouldn’t need to blame anyone else for having the wrong information at first. You’d just get to enjoy kittens. Cuddle with them even! Great!

2. Being wrong isn’t the end of the world.

I know it sounds crazy, but we’re allowed to be wrong. Being wrong about things sometimes is part of being on earth. It doesn’t indicate a character flaw or a lack of intelligence. And admitting you’ve been wrong means you’re even stronger than you thought because, dang, admitting you were wrong can be hard. Especially if it seems like being right is an important part of getting into heaven instead of being tossed into a LITERAL pit of fire with LITERAL FIRE FLAMES that will lick at you for all eternity. 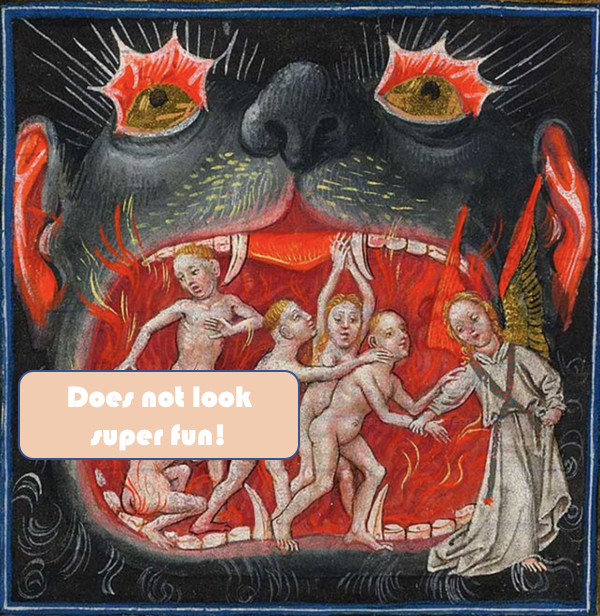 When I was in the throes of religion, I wasn’t interested in whatever new idea the world had to offer. I was interested in living in heaven forever when the world ended. And for that to happen, subconsciously, I thought I had to be right all the time. But now I’m more curious about life here on earth, and I don’t mind learning new things, even if it’s that there’s a new dangerous virus running around killing people or that someone I voted for cares only about himself.

3. You still get to be right anyway.

I know, I know — it’s fun being right. And it’s comforting to feel so certain. If you love that feeling of being right, don’t worry — you’re about to be righter than ever. Changing your mind because you’ve discovered new information makes you stronger. You’ll be like the “New and improved with more marshmallows!” breakfast cereal or the “Now, with more more might and right than ever before!” brand of disinfectant.

If you enjoy the feeling of being right, imagine how enjoyable it will be to spend some time digging into some additional information and then being able to update your opinion. It’ll be like you’re giving your whole life an upgrade.

I remember how my beliefs made me feel special. They may have even made me feel a bit smug. Maybe you like feeling like an outsider, a maverick who’s bucking the status quo. And the way that somehow also makes you feel like an insider who has the real scoop.

But it’s just as satisfying to know the truth when it’s plain and common sensical and maybe even something other people already know about. You’ll be a maverick within your own circle, really — it’ll be like you’ve out-mavericked the mavericks. Then you’ll have your own kind of outsider-insider truth where you’ve thoroughly examined the facts from all the angles.

5. You get to decide what comes next.

Then as you adjust to a new way of thinking, you can reshape your world however you please, knowing you’ve been one of the few, the proud, who’ve dared to change their minds. You can take action, too. You might stop avoiding kittens or you might change up your main source of news. I changed my beliefs slowly, over the course of several years. It might be more like you recalibrate a few things internally instead of making any big changes that others will see.

You might even decide that it’s not so much what you believe but how you believe it. Instead of being like that person you know who gets into arguments on social media, you could be like Jesus, who invited everyone to dinner, even tax collectors and prostitutes. Even though the dinner thing may have to wait a few months.

Related: 5 Things You May Not Know About Fundamentalism (a BuzzFeed Community post I wrote in 2015)